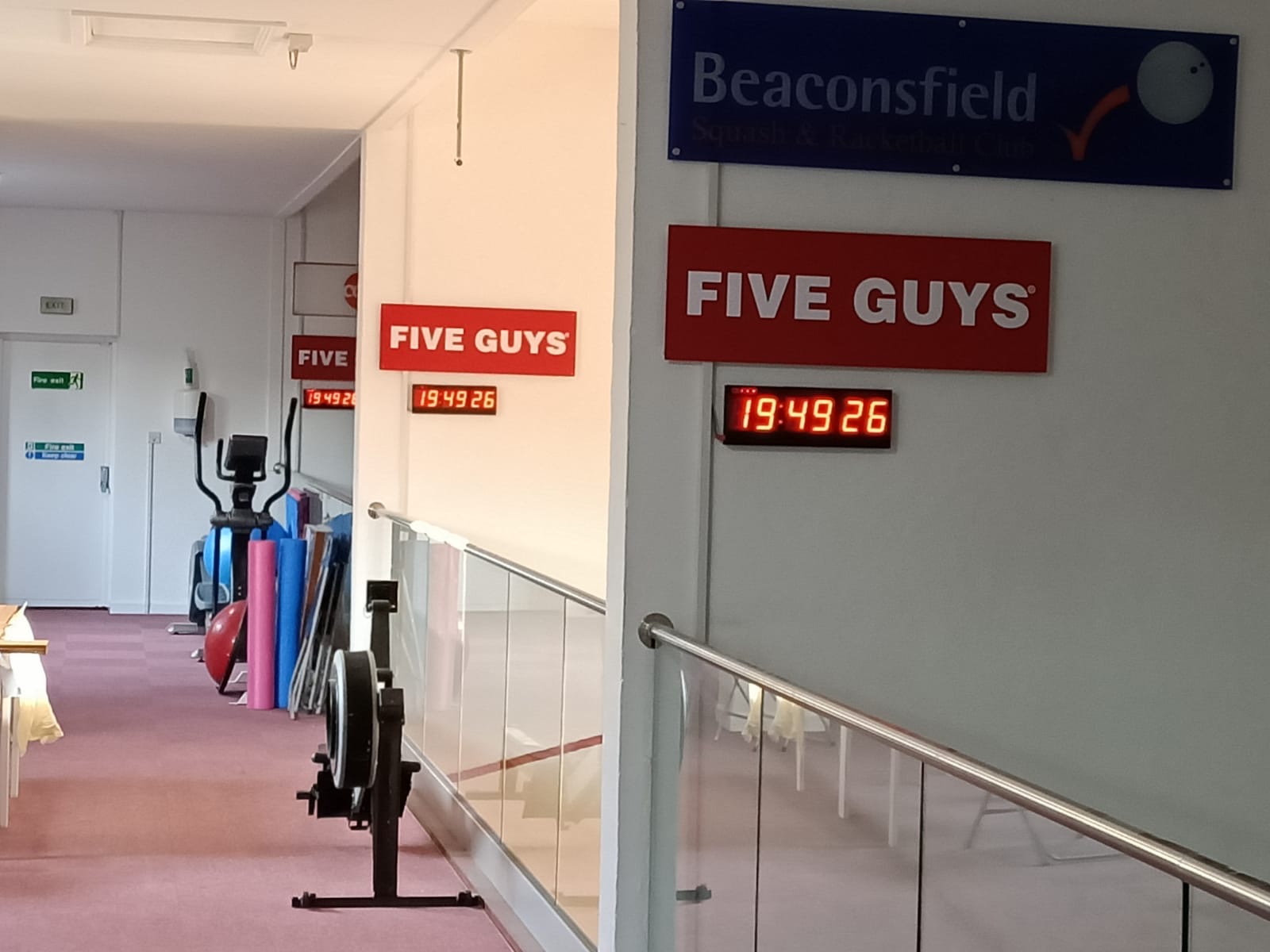 Some time ago I was asked by Beaconsfield Squash Club to obtain some large display court clocks.

Simple enough task. Well the last point is where we came unstuck, it turns out they aren’t cheap running anywhere from £150 and up. So I set about making some.

Simple idea, using an ESP822 Arduino board I can easily connect to WiFi get the time and then display to a bunch of LEDs to make a large display 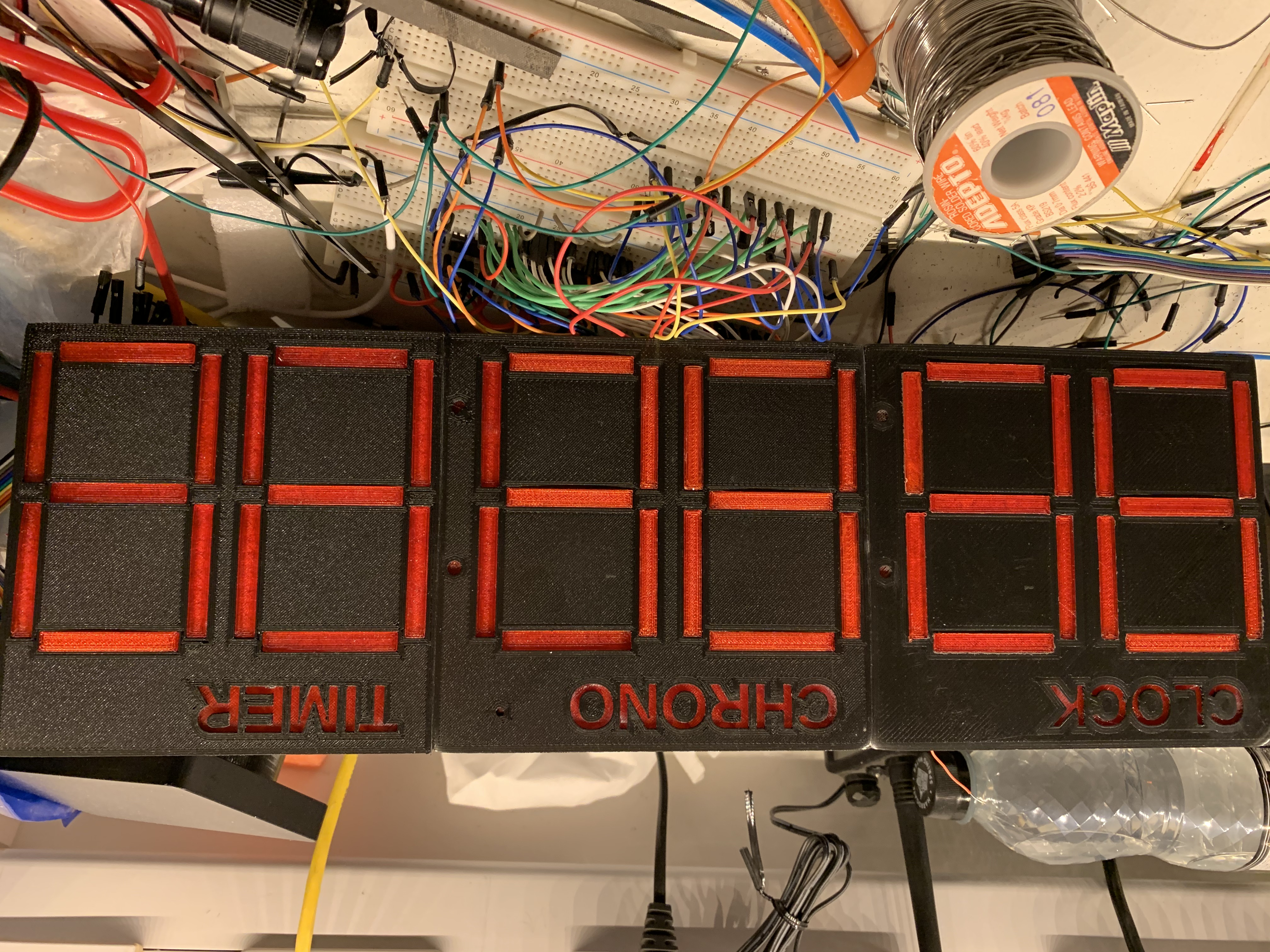 While this worked, I couldn’t get the diffusers to make the segments a nice solid colour and in daylight it was sometimes hard to read the digits. 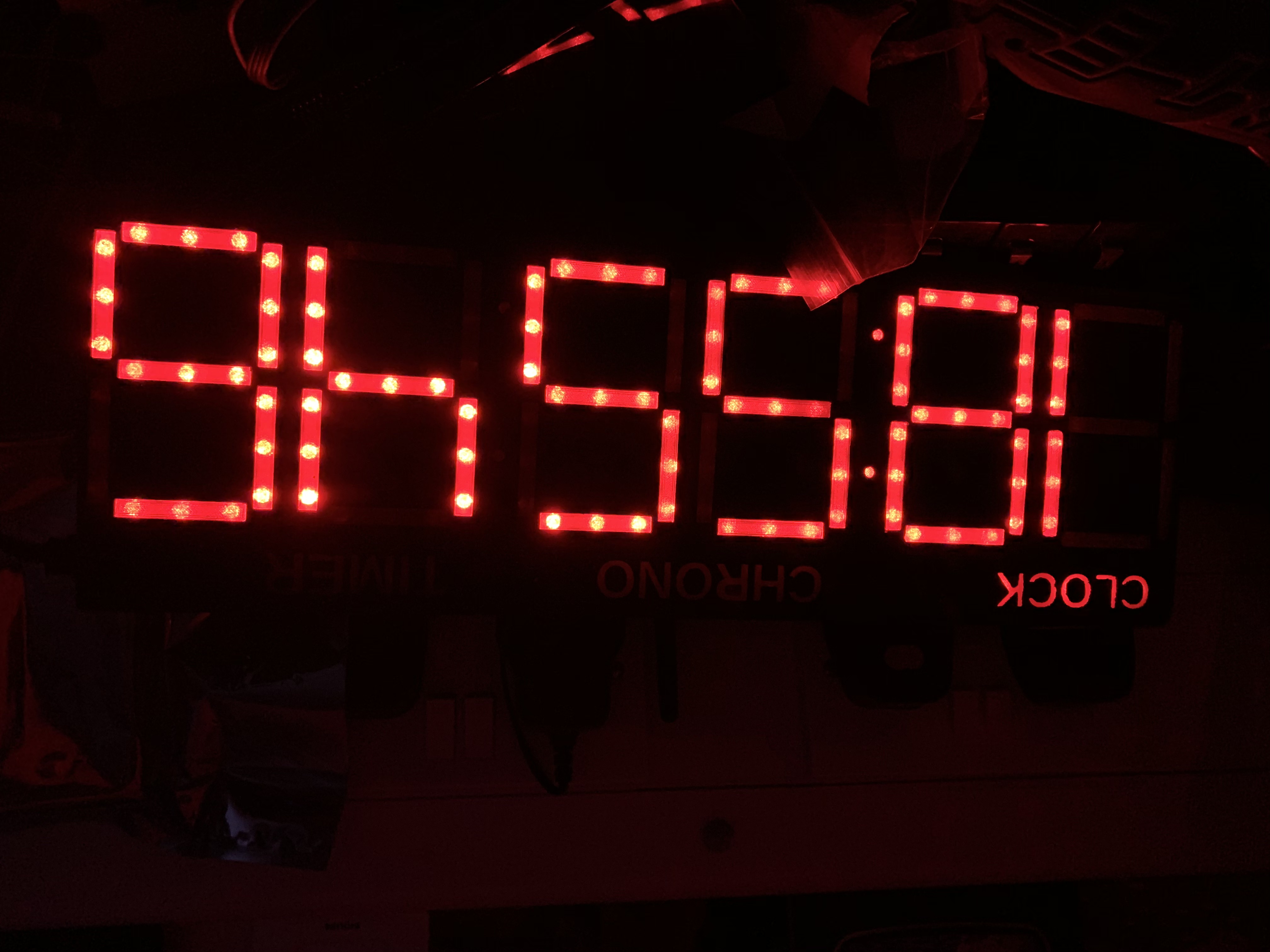 In the end I found a company in China who would make me a 2 digit 7 segment display at whatever size I wanted. So I order a bunch of them and set to work. 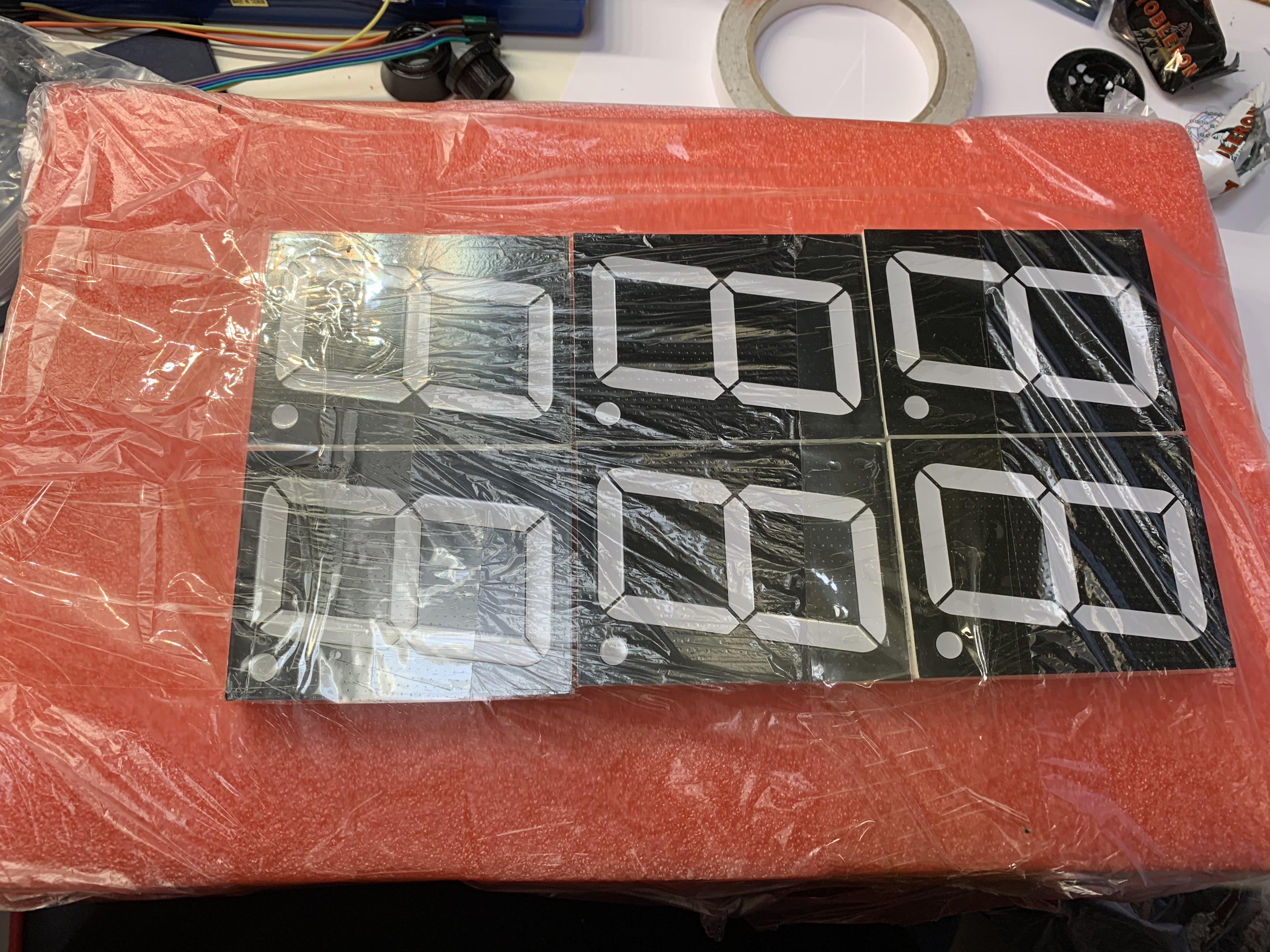 Only downside now is that I needed 9volts to run the display rather than 5 volts and the ESP822 couldn’t drive that. So I needed to design a high power circuit to manage the displays. I also changed from a 5 volt PoE adapter to a 12 volt one and a few voltage regulators to bring it to the right levels for the different parts of the circuits. 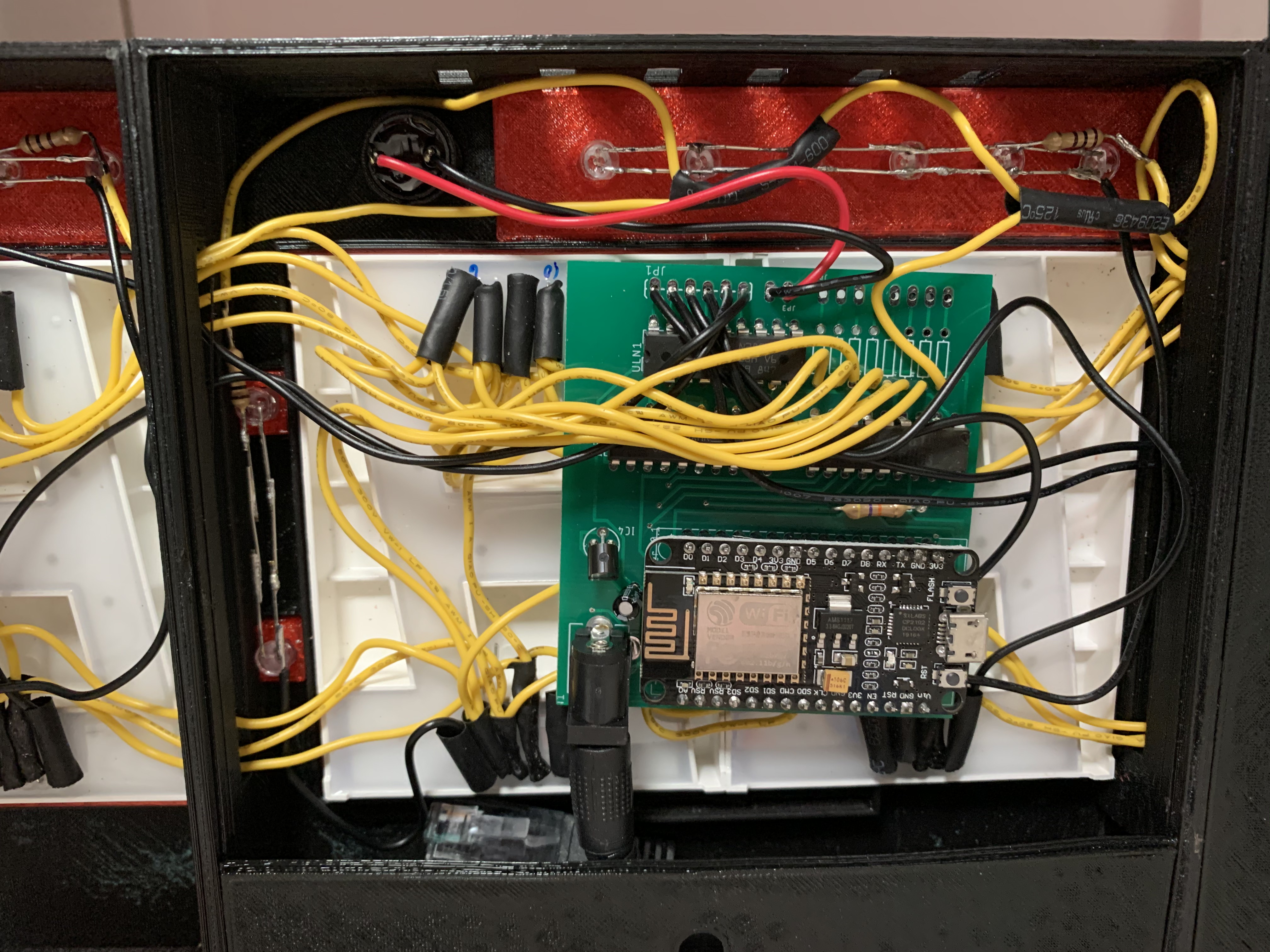 Final product cost about £70 each, with the highest price being the 7 segment displays by the time you include shipment from china. 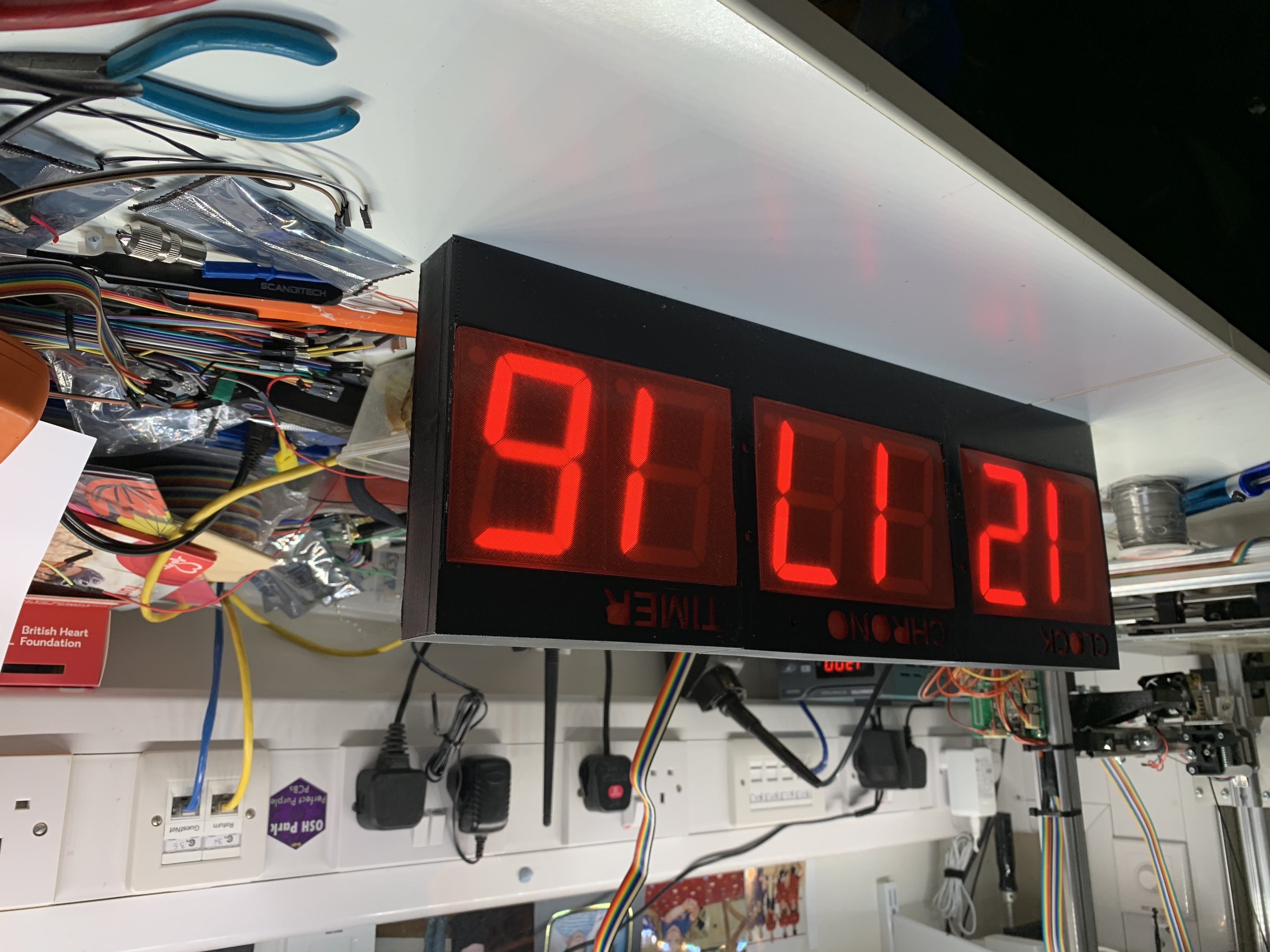 I ended up making 5 of these displays. They also do a little more than tell the time. They also have a stopwatch and Timer function, all controlled from a phone. They can also be slaved together so a single person can set a timer or stopwatch and press go and all the clocks will show the same.